Opinion: Halal and Tayyib – the next wave

Impact of Islamic Digital Services and Technologies
By Susan Labadi

The next billion consumers to come online will be making their digital decisions on a mobile device – very different from the practices of the first billion that helped build many of the foundations of the current e-commerce industry.
–Where the Digital Economy is Moving the Fastest, Harvard Business Review

We nonchalantly throw concepts referring to billions of currencies, populations, and bit and bytes. The world is hyper driven and respects a mindset aligned to what was previously found only in sci-fi fiction, but now we label it “virtual.” Yet the future is right around the corner, and if you’re looking for the next big “thing” explore the growth of digital services and technologies within the OIC.

Fueled by a young demographic, combined with tech-enabled educational resources, and ambitious work ethic, we may see a new Islamic renaissance. A joint study by Accenture Strategy and Oxford Economics calculated a 2.3 percent increase over baseline GDP with the top 10 economies by 2020, but a more advanced trajectory of 3.4 percent increase is expected from emerging economies. The reality could be even more profound with the compounding rate of expansion for new technologies and nascent enterprises.

A New Market with Global Reach
Enter a new category of commerce, Islamic-based Digital Services that cater specifically to the world’s 1.6 billion Muslims, who are expected to increase in population to 2.7 billion by 2050.4 Muslims have discovered a myriad of apps that inform them about prayer times and direction, the nearest mosque, halal restaurants and travel destinations, and even games that inform, challenge, and improve recitation of the Holy Qur’an and assorted facts particular to the religion. There are even apps that qualify ingredients of products to ascertain if they are free from pork or alcohol adulteration. The Muslim consumer appetite for Islamic food, finance, fashion, and other lifestyle necessities has been quantified by market research firm DinarStandard in its Islamic Growth Markets Investment Outlook 20155 which claimed the 2013 GDP of the 57 OIC countries to be $6.7 trillion with anticipated GDP growth of 5.4% expected between the years 2015-2019. That exceeds the BRICS rate of 3.9%.

The report qualifies that not all OIC economies are of equal strength and promise; yet, it categories the top 30 and offers significant investment guidance. However, potential game-changers that may rank the Islamic Digital Economy beyond current expectations are its entries in the realm of the following Digital Technologies which will be playing on a global platform and which are primed for acquisition.

E-Commerce
E-Commerce has leveled entry for all players who have any commodity and a bank account. Offerings from handcrafts, fine arts, business services, Islamic calligraphy, books, films, clothing, halal cosmetics, vitamins, and personal care products has given plenty of cottage business owners an income. Trading and investment platforms have also been opened to global partners who wish to do business without incurring interest-based financing, and these may be attractive targets for acquisition, that is a blueprint for “build it and sell it” for profit.

Mobile Computing
In a world of two thumb texting, the smartphone dominates the stage for connection to directions, movie tickets, restaurant reviews, stock trading, and any one of a number of apps that help us search and play games. Mobile computing engages companies and greatly facilitates the rise of digital nomads and everyday folks who use GPS technology, RFID tags, sensors and transmitters we can wear and even consume for medical analysis, and devices that control our cars and homes. Yet, all this data has to be stored somewhere.

Cloud Computing
Through cloud computing, data storage is networked and shared in data centers so it is not vulnerable to loss or damage through a virtual system. It sure beats the hard drive on your laptop or thumb drive you misplaced, but prospects of leveraging this technology is even more valuable for companies and institutions. Uniting big players such as Amazon, AT&T, and Verizon for storage and computing solutions to industries, all this data has opened a new vista in the analysis, interpretation, and application of it.

Big Data
Big Data can be predictive, resulting in efficient execution of resources and thereby saving time and money. A relevant example is that a company monitors social media for feedback on its products and offers coupons based on past purchases, or utilizing records of pharmaceutical sales to track and predict shipments for necessary public health information. Also, governments can make data public for users to develop distribution plans in disaster zones. There are undoubtedly yet undiscovered applications for this field, as its potential is still being explored.

Hyper-Converged Infrastructure
Let’s explain this in a two-step process. Maximizing efficiency by blurring traditional silos of data storage, computing, and networking are what distinguish converged infrastructure. Rather than maintaining distinct corporations for what can be a lumped together function, these merged enterprises evolve into more accountable symbiotic entities. Going from converged to hyper-converged involves scaling by using more add-on modules, featuring fast installation. Administration is simplified, offers greater control and accountability, and customer retention. This is a major disruption benefiting small companies who find scale computing to be a profitable solution.

New Social Media
The popularity of live streaming and short-lived video via Periscope and Snapchat is bringing visual journalism power to the masses. Global penetration by anybody with a camera, internet, and an app has opened minds and hearts toward uniting people, and it offers prospects to dovetail with the other technologies previously mentioned.

Ubiquitous Islamic Impact
Islam is not constrained by geography or ethnicity; and Muslims’ work in digital technologies and as a consumer group of expanding Islamic services holds promise, as qualified by market research firms this decade. Muslims are often underrepresented in existing research and have potential to become an economic asset.

One of the leading U.S. based organizations to promote Muslim entrepreneurs and businesses is the American Muslim Consumer Consortium. Its efforts showcase businesses that are based on Islamic values, and they promote Muslim business, products, and entrepreneurs. As the only platform that represents American Muslim consumers and helps start-ups through their conferences, articles, and competitions, they have successfully involved mainstream organizations such as Walmart, Whole Foods Market, and Best Buy to recognize the significant market potential of this niche. Invited speakers have also included C-Level executives from PepsiCo and world class advertising and marketing agency Ogilvy & Mather. This year, they have joined with Thomson Reuters and Dubai Silicon Oasis Authority to introduce the Innovation 4 Impact Entrepreneur Competition to be presented at the Global Islamic Economy Summit in Dubai, October 5-6, 2015.


Susan Labadi is based in the U.S. as President of Genius School, Inc., and Project Coordinator of the American Halal Association. She speaks, writes, and designs curriculum for Education, Halal, Trade, and Entrepreneurship 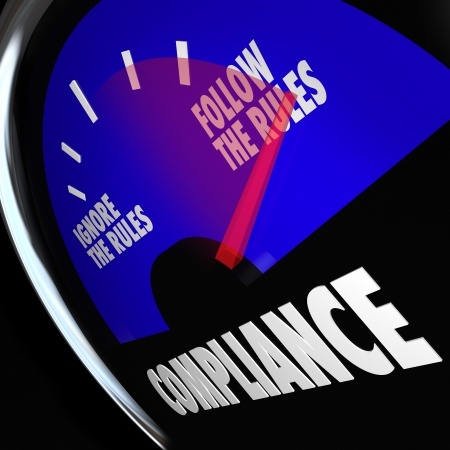 Catch a Halal Wave of Publicity for Your Business 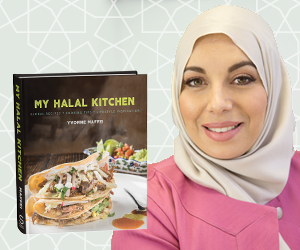